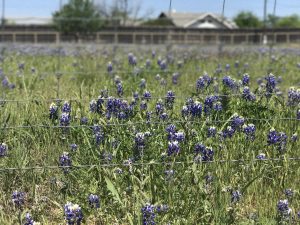 This past weekend my husband and I traveled to Marble Falls, Texas to spend some time with my family. I always look forward to taking a trip to that part of Texas during this time of year. Spring brings out so many wild flowers all along the roads. It’s beautiful. There are bluebonnets, Indian paintbrushes, spotted beebalms, pink buttercups, and a variety of yellow, lavender and white flowers. They line the roads and fill up the open fields with so much color. We passed a couple of fields just covered in lavender flowers this time and I really wish we would have stopped to get some pictures. The flowers don’t last long because the heat will be here in no time. But it’s definitely worth it to plan a little road trip through the state just to get a peak of the beauty that the short Spring season brings.

Seeing the flowers this past weekend reminded me of an experience I had last year around this time. I had spent the weekend at my sister’s house spending time with both of my sisters and all of their kids. It was so great to have that sister time. It doesn’t happen often enough! When it was time to head back I packed up and started my four hour drive home. I have made this drive so many times I could probably do it with my eyes closed by now. There are a couple of different routes I could take to go home but I generally stick to the same one each time, which was the one I planned on taking that day. I turned on some Lauren Daigle music and away I went. I got to the first little town and stopped for gas and snacks and got back on the road.

About 20 minutes later I was jamming out to my music enjoying the drive when it hit me. I was on the wrong road. I took the long way, the “scenic” route. I must have turned left instead of right when I left the gas station. This was not my plan. It was going to add time to the drive, which I didn’t want. This “scenic” road was also a tiny little country road where the cows roam free and there was just an occasional cattle guard across the road. There were no fences to keep them off the roads. I was in a little car so I wasn’t excited about being on this road alone. My husband and I have taken this road together and there is never much traffic. My personality automatically took me to the worst-case scenarios. What if I hit an animal or had car trouble? There would be no traffic so no one would stop and help me, no cell service to call for help and very few homes. I would be stuck. I contemplated turning around, but that would just add even more time to the trip. Instead, I just slowed my speed down and continued on.

I was frustrated with myself, and thinking of all that could go wrong, when I came upon a pretty sharp curve. I slowed down even more and as I rounded the corner I saw the most stunning field of bluebonnets I have ever seen. It was probably ten acres, had a couple of soft rolling hills and it seemed to be solid blue. I had never seen anything like that. I immediately pulled over to take pictures and soak up the beauty. It was incredible. And just like that, in an instant, the frustration faded and the worst-case scenarios disappeared. As I stood in awe of the most beautiful blue bonnet field on the tiniest of country roads, I heard a very clear message.

“This wasn’t the path you chose to take. Had you gone your own way look at the beauty you would have missed out on!”

That moment may have been the first time in my life I had heard a message from God so clearly. It came at a time in my life when I had some big decisions and big changes in the near future and I had been anxious. I am a planner. I want to know what is going on, the timeline, the people involved, the cost, the itinerary, etc. I need details. These things made me a good accountant but they make it difficult to be surrendered and trust God fully. I had none of those details for the big things I was facing. I was trying to force details to fit but it was just making things worse and making me more of an anxious mess. I had spent the previous hour blaring Lauren Daigle and singing praise music and letting my heart worship while I was driving. In doing that, I missed the turn I had planned for my trip. That led me down a road I had not planned on going down and it led me to a beautiful field of bluebonnets. But most importantly, it led me straight to a place where I could hear from God.

He spoke to me that day in a way only He could. I was flooded with emotion and overcome with a peace I can’t even begin to explain. It’s a moment I never, ever want to forget. And a lesson I have tried to embrace over the past year. Things don’t always go as I plan them. I’m even learning to not plan quite as much. Trust, listen and enjoy the journey. Take in the beauty everywhere you can. When things aren’t going your way, trust that His ways are greater than yours. It sounds cliché, I know. But on March 27, 2017 God was loud and clear. It wasn’t the path I chose to go that day, but wow-what beauty there was waiting for me to see.

“The heart of man plans his way, but the Lord establishes his steps.” -Proverbs 16:9 (ESV)

“’For my thoughts are not your thoughts, neither are your ways my ways’, declares the Lord.” -Isaiah 55:8 (ESV)

Let me know how God speaks to you. Where has He met you when you least expected it? 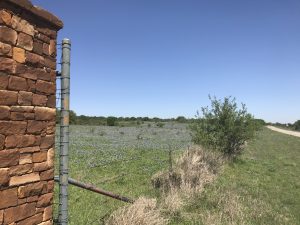 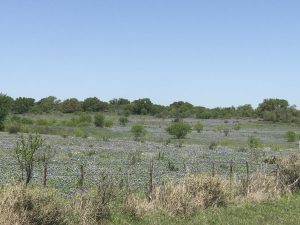 **My pictures don’t do it justice. All I had was my phone and it just couldn’t capture the beauty the way it looked in real life. But you get the idea. 🙂

2 Replies to “Bluebonnets and Wrong Turns” 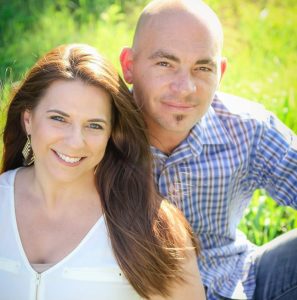